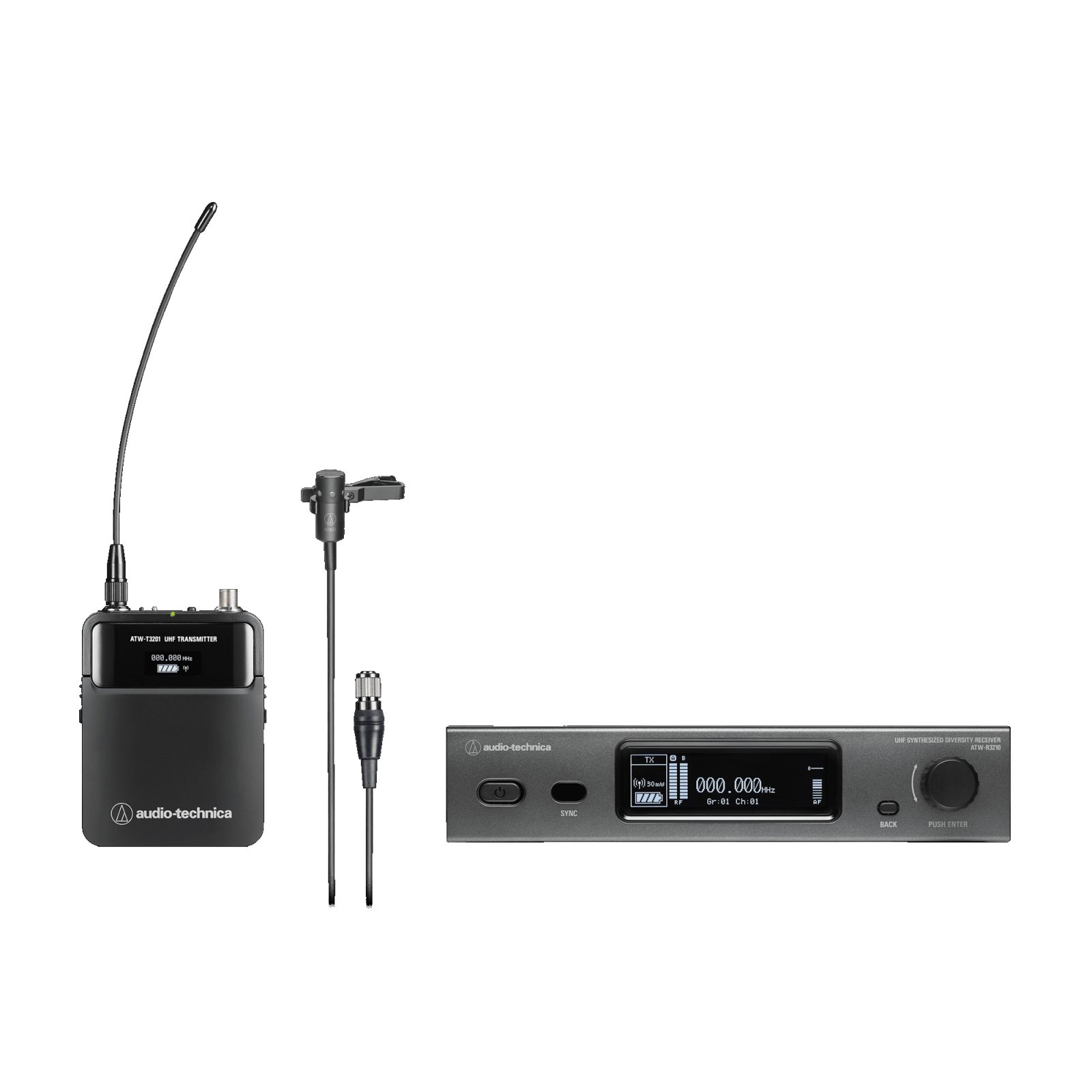 The Audio-Technica fourth-generation 3000 Series wireless systems give you the power and flexibility to operate within the congested UHF spectrum. 3000 Series systems have an operating range of 300' (100 m) and are available in two frequency bands – DE2 (470–530 MHz) and EE1 (530–590 MHz) – that provide a class-leading 60 MHz tuning range, which is more than twice that offered by the previous 3000 Series models.

Frequencies can be easily scanned and selected on the receiver and then synced with the transmitter via IR sync functionality. The 3000 Series even lets you set a backup frequency that can be quickly swapped by pressing the transmitter's multifunction button in the event of unexpected interference.

Available system configurations feature an ATW-R3210 receiver or an ATW-R3210N network-enabled receiver along with an ATW-T3201 body-pack or ATW-T3202 handheld transmitter. The ATW-T3201 is equipped with Audio-Technica's new rugged cH-style screw-down 4-pin connector for secure connection to A-T's cH-style lavalier and headworn microphones, or cables. The ATW-T3202 comes with either an ATW-C510 dynamic or ATW-C710 condenser interchangeable cardioid capsule, and its industry-standard thread allows for the use of four additional A-T capsules, plus other compatible capsules. Both transmitters feature rugged, metal housings and are powered by two AA batteries. Charging terminals on each transmitter work with the ATW-CHG3 and ATW-CHG3N smart charging docks (sold separately) to recharge NiMH batteries.

3000 Series network-enabled systems offer the same features and configurations as the standard systems along with network monitoring and control via Audio-Technica?s Wireless Manager software. Each network-enabled receiver also comes with an AT8631 joining plate.

The transmitter’s multifunction button can be used to switch to a preset backup frequency if interference is encountered.