SM Hanson Music in the NEWS

What happens to old guitar strings once they are replaced? Quite often, they end up in the landfill.

Rick Hanson and SM Hanson Music, Inc., want to do something about that. The longtime Salina music store is publicly kicking off its instrument string recycling program with a free recycle and restring event from 10 a.m. to 4 p.m. Saturday at the store, 335 South Clark Street.

During Saturday’s event, musicians can have their electric or acoustic guitars restrung with new D’Addario XT Electric or XT Phospher Bronze Acoustic strings at no charge. With new strings and labor, that’s a value of more than $25 per guitar, Hanson said.

Additionally, people can bring in any old instrument strings for recycling.

Hanson, who has served as president of SM Hanson Music, Inc., for the past three months, said that while the free restringing event is only on Saturday, the recycling effort will continue at no charge for any instrument strings. The store will even accept strings that are shipped to it from outside Salina, he said.

“We’ve been searching for a solution for old string reuse after installing a new set on a guitar, so it’s great that D’Addario and TerraCycle are helping dealers confront this issue,” Hanson said. “Recycling these strings, regardless of brand-name, will help to greatly minimize our store’s landfill contribution.”

Hanson said the Salina music store is one of three in Kansas that offers instrument string recycling services.

SM Hanson Music, Inc., boasts a 47-year history of providing quality service and products for every musician – from beginner to expert. For all levels and ages, the full-service music store helps musicians find the right gear based on any budget, music taste, or experience level. With friendly and knowledgeable staff channeling more than 80 years of combined music teaching experience, S.M. Hanson Music, Inc., is a one-stop shop for instruments, gear, musical expertise, and even sound and video systems via their Sound Solutions Department.

For more information about the guitar restringing and instrument string recycling event or other events offered by SM Hanson Music, Inc., check out the store’s Facebook page or website. 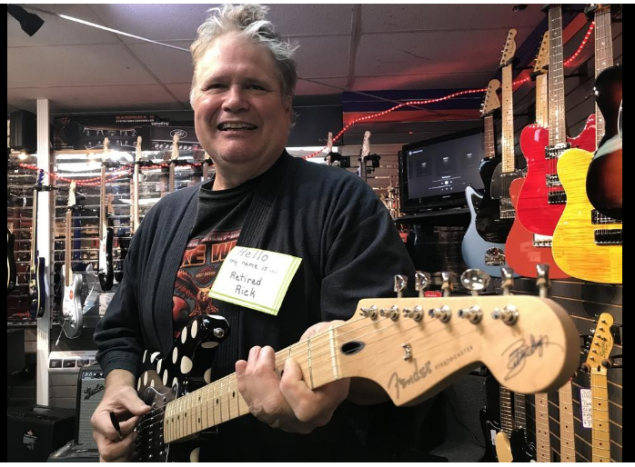 And maybe help save the planet along the way.

“I was talking to them about what we can do for our consumers, and they mentioned that they had started this recycling program,” said Rick Hanson, of S.M. Hanson Music. “I thought it was a great idea — I’m not a super ‘green’ kind of guy, but I don’t want to throw away stuff that could be used.”

On Saturday, S.M Hanson Music will offer a free recycle and restring event 10 a.m. to 4 p.m. at the company’s east Salina location, 335 S. Clark St., Salina. Musicians can bring any old instrument strings for recycling and get their electric or acoustic guitars restrung with the Brand New D’Addario XT Electric or XT Phospher Bronze Acoustic strings, all at no cost. Old strings collected during the event will be recycled through “Playback,” D’Addario’s free, national recycling program.

“The normal metal recycling guys don’t want to deal with strings,” Hanson said. “They are different metals and alloys, usually brass or bronze wrapped around a steel core. So we’ll take any type of instrument strings — violin, viola, cello, guitar, banjo, bass — whatever, we will collect them in a box to send them off.

“TerraCycle specializes in very niche areas — along with strings, they offer recycling for Tide laundry detergent bottles, which I guess are constructed of plastics which the other recycling companies don’t want.”

Musicians have been receptive to the recycling program, even going out of their way to mail instruments to Salina.

“I had a lady from Madison, Wisconsin, found out we were participating and mailed me her strings,” Hanson said. “We’ve had a lot of interest and phone calls. I’ll have two guys in here, and that is going to be their only job Saturday, is changing strings.”

To learn more about TerraCycle or get involved in its recycling programs, visit www.terracycle.com. 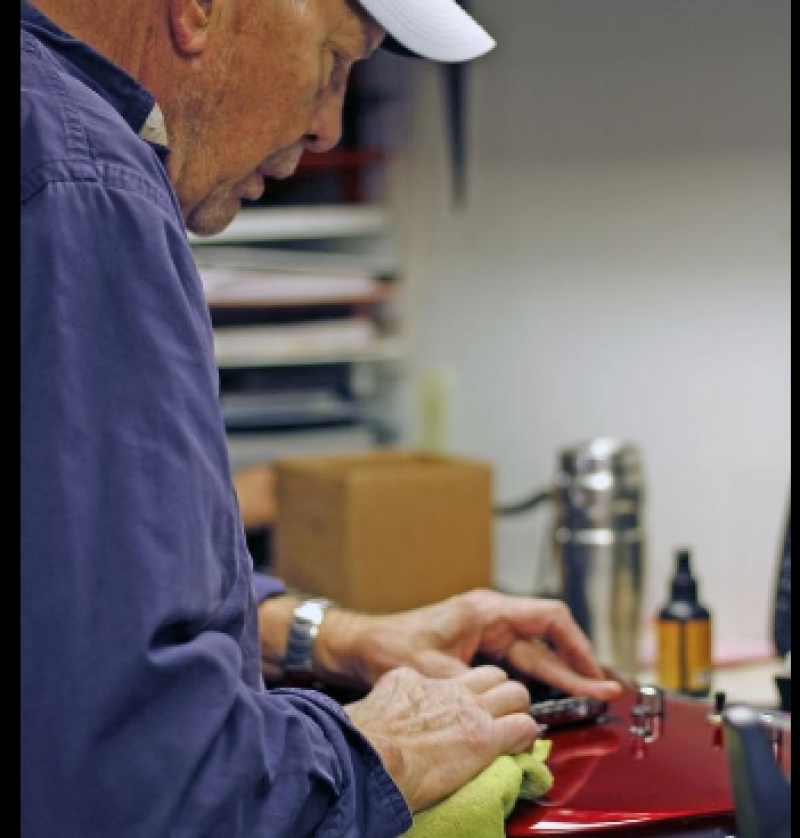